Through the generous support of our sponsors, L’Evate’s Leadership Learning Series offers free seminars designed to educate and inform attendees Topics range from calculating ROI and process improvement to trend spotting and relationship building. Held to educate and inform participants who may be from within our organization or the community at large. 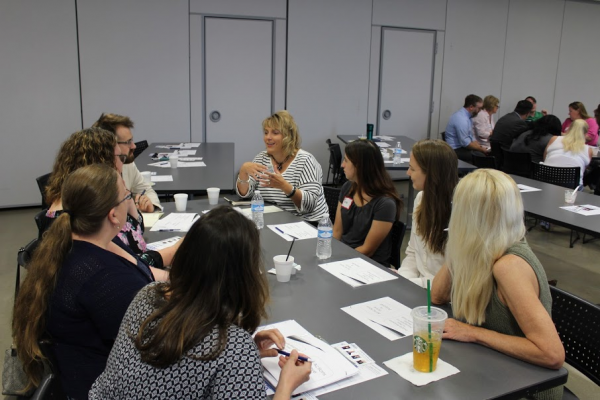 Women’s Suffrage: African-American Women and The Intersectionality of Race and Gender

By the end of second decade of the 20th century, Nashville, the State of Tennessee, and women’s suffrage captured center stage. Almost from the beginning women’s suffrage was entangled with the issue of race and this entanglement played out in Nashville, fifty-five years after the Civil War’s last battle. Despite racism being front and center in Nashville among both the suffragists and the anti-suffragists, African American women were among those who favored women having the right to vote.

Although the 100th anniversary of the 19th Amendment to the U. S. Constitution occurred last year, the lessons learned from the struggle of women to gain the right of the franchise and some forty-five years later African Americans gain the right to vote under the Voting Rights Act of 1965, it is important to realize when all are engaged in the political process, every segment of society benefits. In this session learn:

• How the Voting Rights Act and the 19th Amendment relate to the expansion of opportunities for political participation.
• How the 19th Amendment provided voting rights to white women, but frequently not to Black women.
• How Black women have engaged in protest and activism in order to secure the right to vote.

Thanks to the generous support of our sponsors, this event is FREE to the public.
Pre-registration is required due to limited seating. 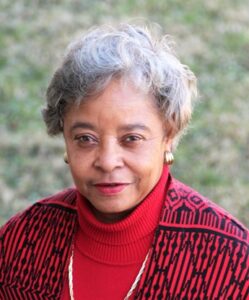 LINDA T. WYNN is the Assistant Director for State Programs with the Tennessee Historical Commission and a member of Fisk University’s faculty, where she teaches subjects in history and public administration in the Department of History and Political Science. She earned her B.S. and M. S.  degrees in history, and a Masters in Public Administration from Tennessee State University. A co-founder of the Nashville Conference on African American History and Culture, she is an active scholar and contributor to numerous publications including Profiles of African Americans in Tennessee, of which she served as co-editor with Dr. Bobby Lovett; Freedom Facts and Firsts: 400 Years of the African American Civil Rights Experience, co-edited with Dr. Jessie C. Smith editor of Journey to Our Past: A Guide to African-American Markers in Tennessee.

She contributed a chapter on “African Americans in Tennessee” for the African American State by State Encyclopedia edited by the late historian Alton Hornsby and published by Greenwood Press. Her pioneering chapter on The Reverend Dr. Martin Luther King, Jr. and the meaning of his ethos for women across the globe entitled “Beyond Patriarchy: The Meaning of Martin Luther King, Jr. for the Women of the World” appears in Caught in an Inescapable Network of Mutuality edited by noted King scholar Lewis V. Baldwin and Paul Dekar.

She has served as a consultant to the Frist Museum, the State Museum, and the Nashville Public Library, including its newest room on Votes for Women, and other organizations. She contributed a chapter to the Frist Museum’s award-winning We Shall Overcome Catalogue, entitled, “Nashville: An Inspirational City”.  Mrs. Wynn curated and narrated Nashville Sites Nashville’s Civil Rights Movement Walking Tour. She is a member of the Nashville City Cemetery Board, the Nashville Public Television (NPT) Advisory Board and was reappointed to the Metropolitan Historical Commission of Nashville and Davidson County by former Mayor David Briley. A member of Spruce Street Baptist Church, she is also a member of Delta Sigma Theta Sorority, Inc.